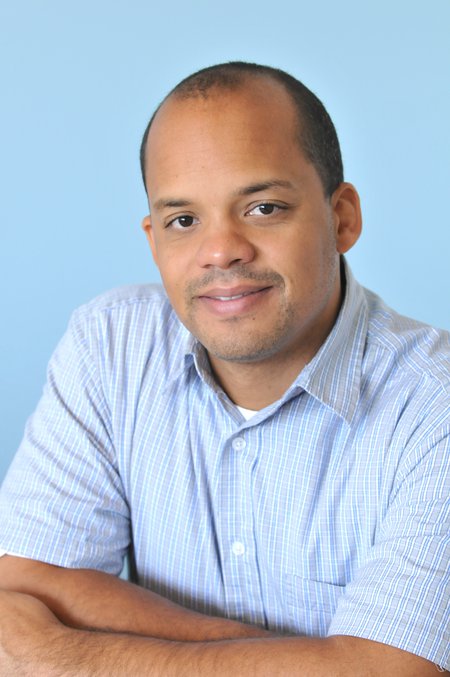 PASADENA, Calif.—John A. Johnson, assistant professor of planetary astronomy at the California Institute of Technology (Caltech), has been awarded the Richard P. Feynman Prize for Excellence in Teaching.

Johnson was recognized for his dedication, passion, and innovation in teaching as well as his ability to inspire his students.

The Feynman Prize was established "to honor annually a professor who demonstrates, in the broadest sense, unusual ability, creativity, and innovation in undergraduate and graduate classroom or laboratory teaching." Caltech faculty members, students, postdoctoral scholars, staff, and alumni may nominate a faculty member for the prize. A committee appointed by the provost then selects the winner.

According to the official citation, Johnson "immediately emerged as exceptional—a 'true outlier,' in the words of a committee member."

"Richard Feynman's writing inspired me to pursue physics and astronomy," Johnson says. "It is an amazing honor to have my name in any way associated with his."

Johnson was lauded for his creative teaching methods, in which he eschews traditional lectures and problem sets and instead has students work on problems in small groups. At various times, he has required students to explain what they were learning in a class blog, forbidden discussion of grades, emailed YouTube videos that illustrate the day's material, and brought in guest lecturers to discuss the course material and provide career advice.

"My goal is to help the students take ownership of their learning by guiding them rather than lecturing them," explains Johnson, who says he learned his teaching philosophy from physicist Ronald Bieniek at the Missouri University of Science and Technology. "I'm very pleased to hear that my students feel I accomplished this goal, and that we all had such an enjoyable time in the process."

In a nomination letter, one student wrote that Johnson "rocked the boat in the astronomy department, challenging our conceptions of how astronomy, and the sciences in general, are taught." Another student wrote, "Classroom experiences that are intellectually engaging, practical, and entertaining are incredibly rare. Through his teaching style, attention to detail, and unique course structure, Professor Johnson provides just such an experience."

Many students cited Johnson's "life-changing" influence beyond academics. One called him "a remarkable teacher who can not only enlighten students in the classroom but also sculpt their spirits for their future careers." A graduate student said, "He reminded me…why I wanted to be a scientist in the first place."

Johnson, whose research focuses on searching for planets around stars other than our sun, earned his BS in physics in 1999 from the University of Missouri-Rolla (now the Missouri University of Science and Technology) and his PhD in astrophysics from the University of California, Berkeley, in 2007. After completing a postdoctoral fellowship at the University of Hawaii Institute for Astronomy, he joined Caltech's faculty in 2009. In 2012, he won the Newton Lacy Pierce Prize from the American Astronomical Society, an Alfred P. Sloan Fellowship, a David and Lucile Packard Fellowship, and a Lyman Spitzer Lectureship from Princeton. Johnson says, however, that of all the awards he has received this past year, he's most proud of the Feynman Prize.

The previous four winners of the Feynman Prize are Paul Asimow, professor of geology and geochemistry; J. Morgan Kousser, professor of history and social science; Dennis Dougherty, the George Grant Hoag Professor of Chemistry; and Jehoshua (Shuki) Bruck, the Gordon and Betty Moore Professor of Computation and Neural Systems and Electrical Engineering. The Feynman Prize has been awarded annually since 1994. Nominations for next year's prize will be solicited in the fall.